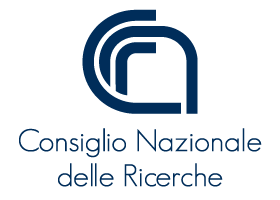 The essay examines the relationship between public power and individuals within the Italian regions. In particular, the regional and state rules that regulate the rights of individuals and their relationship with the constitutional dictate are examined. The reduced role of the Regions, also due to the constitutional jurisprudence, does not allow to define an adequate […]

This work aims to investigate some critical aspects of the sentence under review as a consequence of a reductive reconstruction of the thema decidendum, given that the parameters invoked by the referring court were intended to represent a supposedly prefigured break in the system of sources suitable for placing at least three distinct matters. Issues […]

The essay aims to examine the depopulation of inland areas and mountain areas, with particular regard to the guarantee of essential services and territorially homogeneous economic development. For this purpose, the survey focuses on the analysis of the main measures adopted by the state and regional legislators, such as the National Strategy for Internal Areas, […]

In addition to being a cornerstone of American constitutional law, the Necessary and Proper Clause is considered the archetype of modern “flexibilization clauses” in several constitutions’ division of power between the central authority and member units. While they have been historically construed in an extensive and centralizing fashion, flexibilization clauses also display a “safeguarding role” […]

This essay aims at providing an analysis of intergovernmental relations in federal and regional systems during the pandemic. The main purpose is to highlight differences between the Italian regional system and other classical model of federations. During the pandemic Italy has witnessed a centralisation and the practice of intergovernmental relations has shown this trend in […]